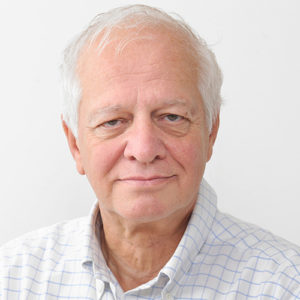 Dr. Dixon has over 40 years’ experience in industrial Pharmaceutical Research & Development in several therapeutic areas. He was Head of Medicinal Chemistry for 20 years at Fisons, and Vice President of Drug Discovery at AstraZeneca Charnwood for 9 years in charge of up to 450 scientific staff. As VP of AstraZeneca Charnwood he delivered 35 candidate drugs (mainly in the Respiratory & Inflammation areas, most of which were given by the inhaled route) several of which are in full clinical development. Brilinta, a potential blockbuster for thrombotic disorders, achieved widespread regulatory approval in 2010-2012. A second drug Cangrelor achieved all phase 3 endpoints in late 2012. A Fellow of the Royal Society of Chemistry and Member of the American Chemical Society he served on several professional and academic advisory committees and was awarded an honorary D.Sc. from Loughborough University in 2004 “for meritorious services to science and the community.” Since retiring from AstraZeneca in 2008 he is an independent consultant working with all categories of organisations in over 10 countries. In addition he is a non executive director of Xenogesis and Sentinel Oncology and a founder member of the Adhale group of respiratory consultants.