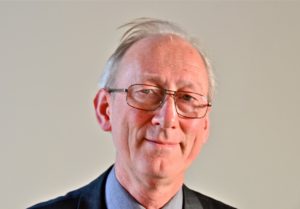 Prof. David Livermore gained his BSc in 1978 and PhD in 1983. He worked at the London Hospital Medical College from 1980 to ‘97 then joined the Public Health Laboratory Service (now Public Health England), becoming Director of its Antibiotic Resistance Monitoring and Reference Laboratory in 1998. In 2011 he was appointed Professor of Medical Microbiology at the University of East Anglia, where he remains. Until a partial retirement in 2018 he also had sessions supplied to Public Health England as its Lead on Antibiotic Resistance.

Prof Livermore has a long track record of research and publication on the evolution and epidemiology of antibiotic resistance, particularly -lactamases. At PHE he tracked the rise of many emerging resistance types, from MRSA to carbapenemase producers. At UEA his work centres upon rapid detection of antibiotic resistance as a means to refining antibiotic stewardship. Prof Livermore has edited for several journals and serves on the Government’s Antimicrobial Resistance & Healthcare Associated Infection Advisory Committee.